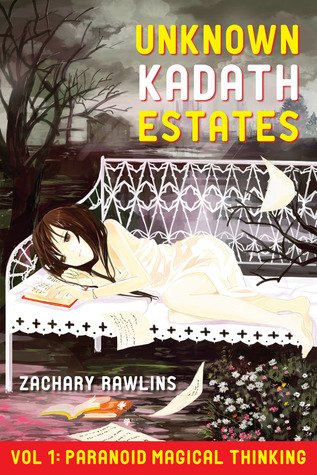 Falls on ice can't be good for much of anything, unless it;s unlocking your dormant ability to see other peoples' futures. If you go to any Presidential rallies, do your best to shake their hands! I wouldn't say it's bad that you don't want to read King's nonfiction. I think you are probably in majority company among King fans with that sentiment.

It all depends on what you're into his work for; for me, it's the voice so much as anything else, so I'd read almost literally anything he wrote. And you can probably scratch the "almost" from that sentence. Readers Block. I have to say that strikes me as a somehow more frightening concept than anything Lovecraft or King can come up with although this is not to know the long since discovered talents of either authors. As a longtime bookworm since about the age of 7 I can imagine no worse outcome than to one day open, say, one of my favorite volumes and I think if the day comes when that ever happens it'll prove more that there is something "very wrong" with me than I'm not even aware, more than a comment on the quality of the great majority of the books I own.

Great to see things picking up around here. As for Lovecraft, while I haven't been around him for a while, this post has given me an excuse to pick him up again, thanks. Speaking of which, I've seen at least two yes, two! As for the stories in this post, I actually own a copy of the same Del Rey Books version of "Dream Quest", complete with intro by Lin Carter how cool is that!

I'm still working my way through it, but so far its been a blast. Along with the influence of Dunsany, another name I think hearing raised in connection with the Dream Cycle is a Scottish writer named George MacDonald. What's "may" be of note here is that another one time fan of MacDonald went by the name of J.

Tolkien, who was supposed to be famous for running some kinda jewelry factory or some damn thing? I dunno maybe it'll come to me. However you have to admit, the idea that there might be a writer who connects Lovecraft to Tolkien just sounds way cool. To be concluded.

Concluded from above. As for Lovecraft's racism, I've given it some thought and I came to a sort of funny conclusion. Sadly, I think he did display a lot of the prejudices of the Post-Civil War Era, however, without letting such things off the red, har! His first biographer, L. Sprague De Camp labeled Lovecraft as a "Borderline" personality, yet theorizes that he did begin to improve near the end of his life. You mention how he writes narrators who seem "unable to grasp reality".

Well, my theory is, what if this motif reflects Lovecraft's paranoid reaction to both philosophy, as a well as his fellow man? What if, in other words, the Necronomicon, Al-Hazred, and the Cthulhu cultists are all in some way Lovecraft's attempts to somehow "grasp" those elements of reality that most people take for granted, and yet, because he seems to have led such a sheltered life, the most common aspects of life take a fearful, paranoid aspect? As such, it could be argued that all Lovecraft's fiction centers around three recurring personal fears for him: race, belief, imagination possibly due to his awareness of family instability.

With the Dream Cycle and a few other tales, Lovecraft could conceivably, at least be seen as trying to work these issues, like you say. I don't know, that's just one way of looking at it. One thing I will say about Lovecraft as a writer is his way of somehow getting under one's skin and making it crawl. For instance, I heard this radio adaptation of "Colour" not long ago, and even though nothing all that grotesque is described, I came away feeling sick to my stomach.

Lots of great stuff in these comments, Chris; let me try to tackle things one at a time: "As a longtime bookworm since about the age of 7 I can imagine no worse outcome than to one day open, say, one of my favorite volumes and That's not what's happening in my case. I'm going to keep working the problem for a while and see what happens; I suspect it's long-term ongoing lack of sleep as much as anything else.

For me, too. In fact, your comment spurred me to get onto Amazon and find a used copy of my own. Don't quote me on it, though. I actually found myself thinking of Tolkien several times while reading my way through Lovecraft; he doesn't go into quite AS deep an achievement in world-building as Tolkien did, but he makes a pretty solid run at it. I had not thought of it, but it makes sense. At many points, he views "outsiders" those are racially distinct, up to and including being aliens or monsters from other worlds and dimensions as being inherently lesser than himself and his own race.

But there are other times when he makes it clear that his philosophies can include other races, and that his fear of outsiders may be based more on perceived behavior than on any inherent qualities. I'm not sure the tension ever gets fully resolved in his fiction; but toward the end of his career, he does SEEM to be more open-minded, at least in a metaphorical sense.

It's a very interesting subject, and while I can understand people being exasperated or offended by it, I found myself very engaged by it. It does feel as if all those things are somehow one and the same for Lovecraft. If so, I think his work reflects it; and that is almost certainly a big part of why he has become more and more popular over time. You know, dammit Never once did I go and listen to them. I had a feeling at the time that that might be a mistake, and if this is as good as you indicate, then I know it was a mistake. Ah, well!

That's the nature of a big con: too much to see and do to ever hope to get it all seen and done. When I was a young man, I wrote like H. I confess to not having read much Lovecraft. I read The Music of Erich Zann, and found it suitably terrifying. More "cool" than scary. I read pieces of others, and I feel like the most horrifying aspect of them are the implications. I love the concept of horror of the unknown, the idea that there are things moving behind our perception of reality, eldritch abominations that would drive us mad at the utterance of their name.

I love the concept that there are things man was not meant to know.


When horror goes that route, I'm right on board and suitably creeped out. I think this is one of the reasons why people insist Stephen King "isn't scary"; it's because they're mostly acquainted with King through movies based on his works, and without fail these movies simply do not communicate the implications of the story. King's stories aren't about jump-scares or gore or "dead teenagers" as Roger Ebert might call them. His goal isn't to make you temporarily frightened in such a way that you forget about it later and just remember having a good time with the movie. His goal is to unsettle you, to make you question reality, to create a sense of unease that will stay with you after you've closed the book, and to do so in a way that emotionally devastates you.

This is a very good analysis, although I would add that sometimes, I think King does try to temporarily frighten in that manner. But he mostly does it as a screenwriter, in things like "Creepshow" and "Sleepwalkers. And he's been very good at it for a very long time. I just read the new ish short story "Bad Little Kid" last night, and was struck by his abilities in that regard. Not scares, exactly; unease, which sticks with you. They got there via different routes, but they both got there. I've said before, Stephen King the novelist is a different man than Stephen King the screenwriter.

The novelist is, nine times out of ten, well worth your time. The opposite is true for the screenwriter. Then again, with Creepshow at least, it almost seemed like he was out to make you laugh more than anything. The less said about Stephen King the director, the better. I think Stephen King the screenwriter was successful at creating a sense of unease with The Storm of the Century.

I think it unfolds in a similar way to many of his novels. The Storm of the Century, if none of his other screenwriting efforts is well worth your time in my opinion.

I do think the "Storm of the Century" screenplay is great, as is "Creepshow. Tuesday, October 20, Considering H.


Lovecraft, Part 1. I can't recall exactly when it was that I first encountered H. Deduction tells me that I almost certainly heard of him first by way of Stephen King, and it may have been in a piece of nonfiction.

Possibly Danse Macabre , or some introduction; I also have a dim memory of one of his characters Ben Mears? Did I sense that they were homages? Probably not, although I do distinctly recall understanding that "Jerusalem's Lot" was consciously written in a different style; I don't think I consciously understood it, though, if you can dig that. I intuited it, is what I mean to say. Lovecraft: Bloodcurdling Tales of Horror and the Macabre.

Whether this was expressly because of the mention s in King's work is an issue that is lost to me; I assume it probably was, based on nothing more than the time period at which I bought the book early nineties. But it may have been just as likely that I saw the cover and bought it because I thought it was cool. And I was right; it was very cool. I didn't read it for years, though; the early s, to be specific.